Does the HDMI Switch Cause Input lag? (Explained) 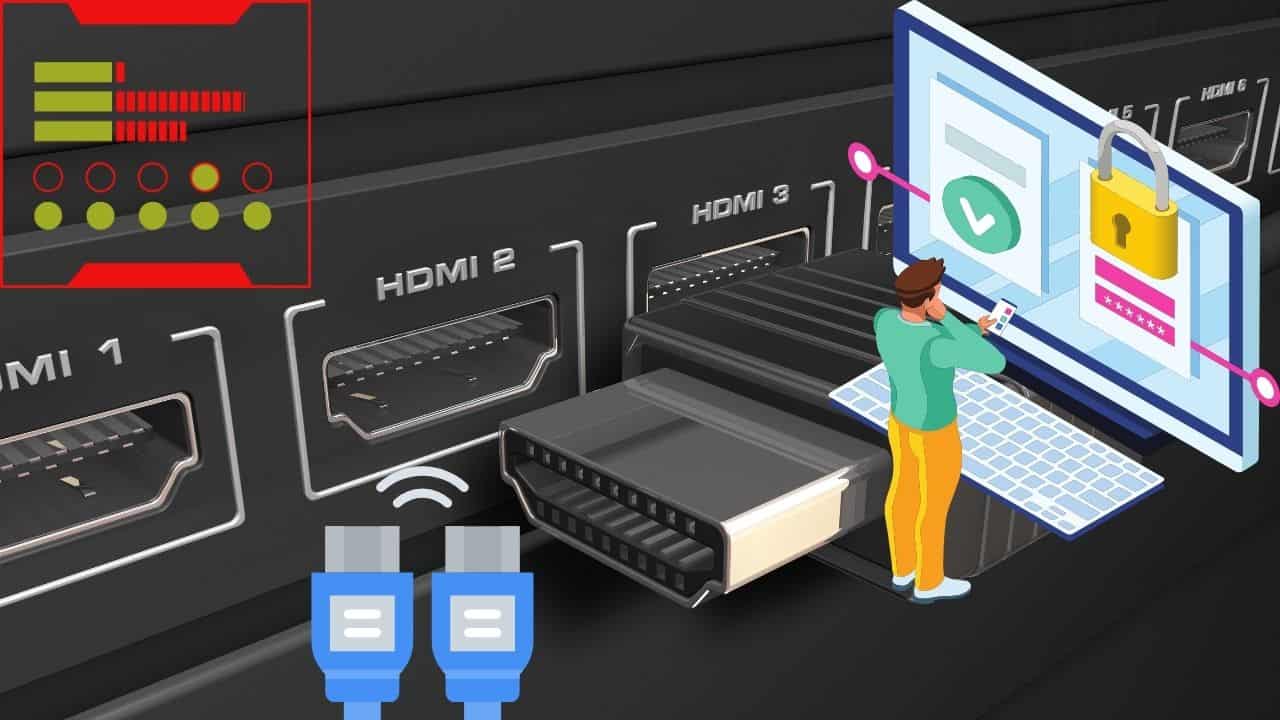 Input lag for gamers and data analysts working on time-sensitive jobs over a network of computers using HDMI switches and cables is a real problem. Some will point at the low-quality HDMI switch in use while others blame it on daisy-chaining of devices containing multiple HDMI input ports and one output HDMI port from the source via one or more of the HDMI interfaces on the TV.

The question for many homeowners with HDMI switches is whether the device trusted to seamlessly allow for plug-in and play into many electronic devices also causes input lag.

In general, HDMI or optical switches can cause input lag, loss of signal, and poorer Audio/Video quality, especially if the switch is of poor build quality. However, it entirely depends on the switch.

How does the HDMI switch work?

The HDMI cable contains 19 wire pairs that terminate in 19 pins on the HDMI switch. These pins work differently to give different information about the picture, sound, device information, playback controls and clock settings.

The data from the 19 wire pairs are sent to pins of the output signal. The HDMI works when you have a television with only two HDMI inputs, and you want to use three devices; instead of plugging and uplifting your cables, you can plug your HDMI switch into your television using just one HDMI out.

If your HDMI switch is not automatic, you can switch the HDMI signals using a remote or manually on the device. For games, this is also the best option to use. Make sure to use the HDMI switch where it is only needed to prevent input lag.

If you have HDMI ports on your device, you connect it directly, and an HDMI switch is used when you have many devices and few HDMI ports in your television.

The HDMI switch is made to enable the use of the remote control. These simple devices, such as the Techole 4k HDMI Splitter, manage two inputs and the Zettaguard 4K is to help with all your needs.

The HDMI switch replaces the input capability of an A/V receiver. The HDMI switch will not connect to auxiliary speakers as the receivers do. Through the HDMI, it is possible to use new devices in your home entertainment system.

What to consider when buying an HDMI switch

Number of inputs: This will let you know how many connecting ports you get with your HDMI plug. It tells you about the number of devices you can use at once through your HDMI switch. You will go for eight-port switches if you have many devices to use, and if you have few devices, the best option to go for is a four-port switch.

• Picture makings: Our modern HDMI switches are made of 4K and HDR streaming. This gives a good and bright view; make sure your TV supports 4K. If your TV does not support this, your 4K HDMI switches can also stream 1080p, 720p and 360p.

• Audio Formats: This will guide you on choosing the best type of audio system that suits your HDMI device. DTS audio making is for streaming audio from a regular TV speaker and for via home theatre.

Input lag is not affected by HDMI cable length or HDMI connector but primarily by the electronics inside the television/display. You will not get minor input lag if you use a more expensive HDMI cable on a TV with high input lag and vice versa – TV with low input lag will not have worse performance if you use longer wires.

Do HDMI cords have a lag?

Many things can cause a lag with your video or audio when using HDMI cables, and it might not even be the cables fault. To solve the issue, you should check the source settings and cables. This has always helped me weed out the problem.

What is the lowest input lag?

All monitors (and TVs) add a certain amount of input lag by default. However, it depends on the type of panel used. High-refresh rate IPS and TN panels deliver the lowest input latency out of the box. Some monitors go as low as 0.5 ms. VA panels tend to have more input lag, with many panels in the 8-10 ms.

How do I get rid of input lag?

An HDMI switch can cause input lag, loss of signal, and poorer Audio/Video quality, especially if the switch is of poor build quality. However, it depends on the type of switch.