How important is the Aftertouch on the keyboard? 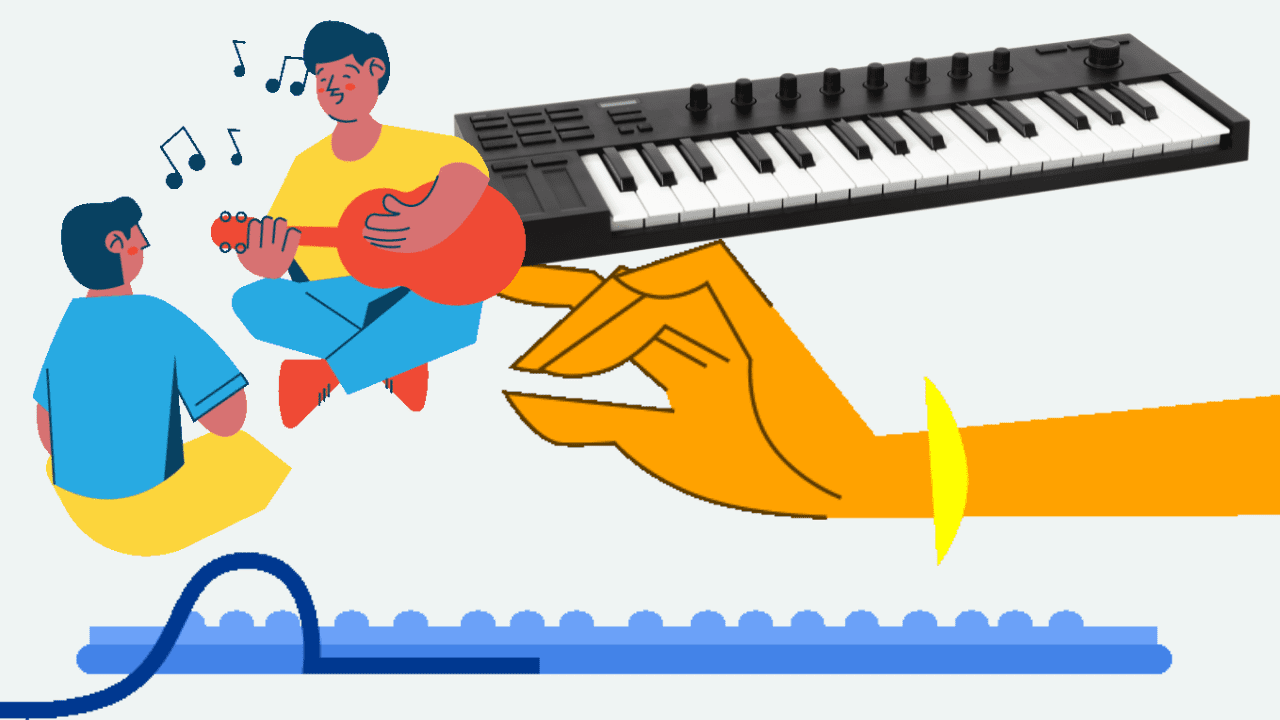 Aftertouch is MIDI data that is delivered when pressure is given to a keyboard after a key has been hit but while the key is kept down or maintained. Vibrato, loudness, and other characteristics are often controlled via the aftertouch feature on your keyboard. But the question most people not familiar with aftertouch often ask and wonder how important it is on the keyboard?

In general, the Aftertouch on the keyboard is a vital addon feature despite Aftertouch being somewhat limited in its scope of performance capabilities. The aftertouch remains an invaluable feature for realistic keyboard playing and sound design that cannot be replicated with other types of MIDI controller. Aftertouch adds a human element to electronic instruments that can otherwise feel cold or detached if performed by machines without Aftertouch sensors.

Aftertouch sensors determine whether or not the musician is continuing to apply pressure to the keyboard after the first keystroke is made. It is possible for keyboard players to alter the pitch or sound of a note after it has been hit, much as vocalists, wind musicians, and players of bowed instruments may do when they strike a note.

The aftertouch feature on any keyboard is vital to its playability. Aftertouch sensors are built-in to the keyboard so that it is able to detect whether or not the performer has applied pressure to certain keys beyond their normal limit. Aftertouch information can either be sent via MIDI or transmitted over USB, however, don’t expect any Aftertouch features on low-budget keyboards.

Aftertouch data is often utilized in sound design when creating sounds that mimic real instrumentation because they are played with natural elements. The immediacy of Aftertouch contributes greatly toward this process and without it, many instruments would sound lifeless when simulated through a synthesizer.

As players interact with an Aftertouch enabled keyboard, the data produced by Aftertouch will change depending upon how forcefully they apply pressure to each key, meaning the Aftertouch feature will detect subtle differences in how players press down on their keys. Aftertouch can also be used to control other aspects of the sound, such as effects, vibrato depth or speed, depending upon the program being used.

Many keyboards are sold without Aftertouch features, but it is possible to add Aftertouch via outboard gear when necessary. This is because Aftertouch sensors are available separately and must simply be plugged into an appropriate MIDI port which can then communicate with Aftertouch capable synthesizers.

While Aftertouch is certainly a useful aspect of key performance in all musical styles, it does have its limitations in certain situations due to its design being based purely upon touch.

Aftertouch is also known to fail when performers rest their palms on the keys too heavily or if they lean against the edge of a key while it’s in play, resulting in Aftertouch not being sent accurately.

Because Aftertouch sensors do not allow for pressure to be applied in any direction beyond upwards and downwards, players cannot glide their fingers over notes and lift up with Aftertouch enabled keyboards – this type of expression would need to come from either Alternate controllers or from pitch bending manually with Pitch Wheel, should Aftertouch not be available.

Certain sounds or synth voices include a preset pressure sensitivity effect, such as an increase in loudness (imitating a common idiomatic form of vocal performance with melody) or the inclusion of vibrato, which may be activated by pressing a certain key on the keyboard. The following are the advantages of using this key on the keyboard:

It indicates how much pressure you put on the key bed after you hit it and hold it down. To send press, the Seaboard makes use of this message.

It is able to create complex emotions such swells and fades right from the initial Strike of the note to the last Lift because the pressure you apply to each key wave is monitored constantly – not just when you hold against it.

Depending on how fast you press a piano key, it affects how forcefully the hammer swings into the strings and, as a result, how loud a note sounds when you play it. Known as Strike on the Seaboard, this signal is sent via the MIDI velocity message to reach the other end of it.

On a piano, pressing harder on the key seems to have no effect; the hammer has already spun and is stationary. A few keyboards have the capability of measuring the amount of pressure you put to the keybed after the beginning of the note (Aftertouch). Aftertouch may be used to provide further modulation to a note’s sustain, such as increasing the loudness or applying a filter such that pressing firmer causes the instrument to seem louder or brighter while the note continues to play.

However, the Seaboard provides the option to apply aftertouch to each note individually rather than to all notes as a single value, as is the case with other keyboards. As an additional feature, the Seaboard applies aftertouch as a continuous value, which means that instead of beginning from 0 after the first assault of each note, it starts with the Strike and at a value determined by the Strike value. Because of this, it is also possible to fade in from quiet by pressing the keys with extremely delicate keywave motions.

When using certain keyboards, the player has the option of selecting which effects should be applied aftertouching the keys. This enables a performer to create the impression that they want on their own terms. It may also make it easier to imitate a variety of non-keyboard instruments in the future. For instance, a pianist attempting to replicate the sounds of a heavy metal guitar solo might use a distortion guitar sound and thereafter utilize the aftertouch function to pitch bend the note.

How does Aftertouch work?

Following the pressing of a key on a keyboard and while the key is being held down or maintained, MIDI data is transmitted to the host computer. Aftertouch is often used to adjust characteristics such as vibration, loudness, and other effects.

There are two kinds of them: When a player presses a key, the most popular aftertouch method is channel aftertouch (also referred to as channel pressure, mono aftertouch, or mono pressure), which examines each key being pressed and sends just the aftertouch value with the greatest value among them.

Polyphonic aftertouch is a less frequent kind of aftertouch, which enables each key that is pressed to send a distinct and independent aftertouch value. While polyphonic aftertouch may be very expressive, it could also be harder to manage for those who are not experienced in the art. It can also lead to the transmission of a large amount of superfluous MIDI data, which consumes bandwidth and slows MIDI reaction time.

The after touch is important since it is used to regulate a variety of properties such as vibrato, volume, tones, and many more. We hope that this article has given you a better understanding of the significance of after touch on the keyboard.