Why Are HDMI Cables So Thick? (EXPLAINED) 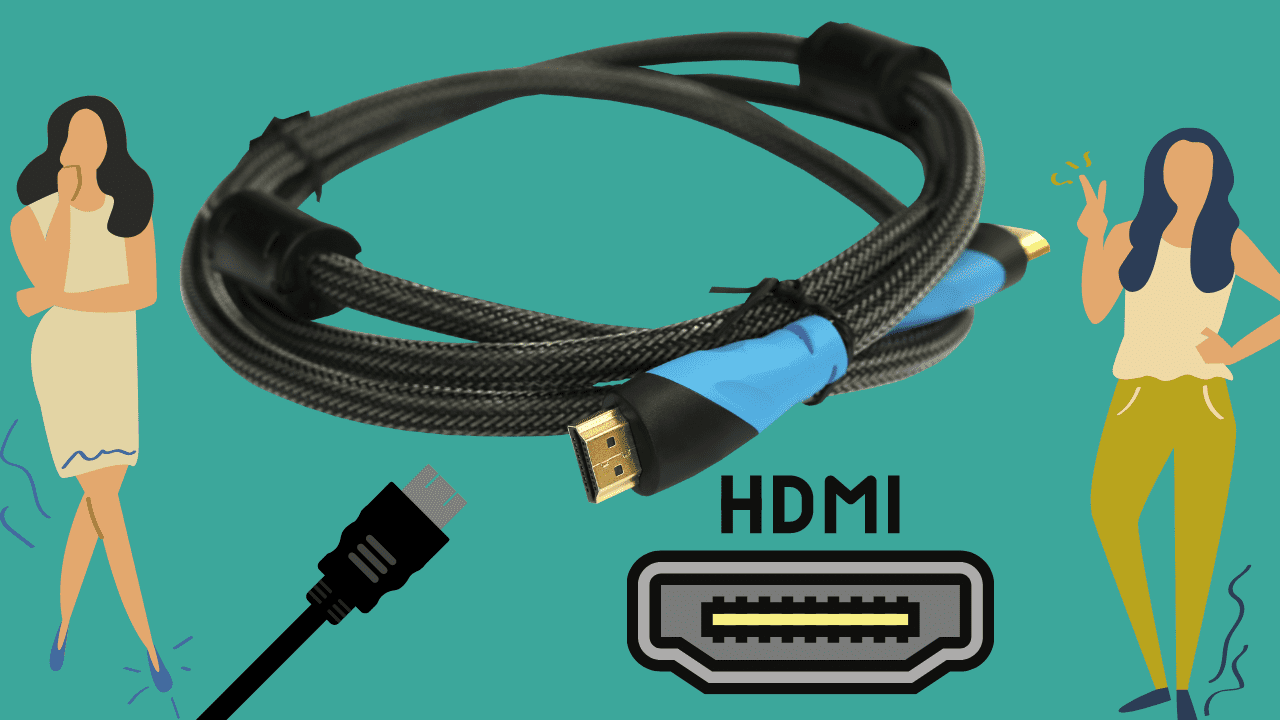 As HDMI cables are fast becoming the most common way to connect AV equipment, questions about what is necessary in an HDMI cable are growing. As cables get bulkier and more expensive, you might wonder what it’s all for. What’s the point of having a super thick, stiff cable when it will affect the conduit size, or all it does is plug into your TV?

As a general guide, HDMI cables are intentionally made so thick to protect and house 19 of the HDMI’s conductors. Typically, thicker HDMI cables are preferred as they tend to offer better physical protection than thin HDMI cables.

Thin wires are more prone to breakage, especially when pulled out of the device by the cable rather than the connector. To minimize cable resistance, thicker core cables are employed for extremely long HDMI connections.

The answer lies in bandwidth — how much data an HDMI cable can carry.

Of course, in order to have a better idea of what you need when buying an HDMI cable, it would help to know how much data needs to be carried. That’s where the issue of HD resolutions come into play — there are plenty of them!

When you hook up your console or Blu-ray player to your TV, the picture you see is made up of lots and lots of tiny little pixels that form an image.

All that data has to come from somewhere, and it’s the job of the HDMI cable to deliver it. This is where bandwidth comes in:

As you see, the amount of bandwidth an HDMI cable can carry increases with each new version of the HDMI specification.

HDMI cables are made up of four main components:

The inductor is used to help carry the signal, while the conductors are used to send the red, green and blue signals that make up your image.

The shielding helps prevent interference from other devices in your AV system, while the outer covering protects the inner components of your cable.

As you can see, HDMI cables are complex pieces of equipment with plenty of components inside, and this is why they tend to be bulkier than other cables.

So if you’re looking for a standard HDMI cable with good quality construction, look for one with four conductors (for the data), ferrite cores (to help boost signal strength) and durable shielding (to prevent interference).

As for whether one type of cable is better than another — the main thing to look out for is if it’s a Certified HDMI cable or not.

HDMI Licensing, LLC requires all manufacturers of high speed certified cables to test their product against a rigorous set of standards and have the results verified by an independent testing lab.

A certification usually means that the cable is free of manufacturing defects and has passed high speed tests under extreme conditions. Certified cables also come with a guarantee, so if it does happen to let you down, you can get another one for free.

If you’re looking at bargain-brand HDMI cables, be aware that their durability may not be as good as premium brands.

This is because they aren’t manufactured to as high a standard and don’t go through the same testing procedures, so may not last as long.

There’s no denying that HDMI cables are big and bulky, but if you’re looking for a quality cable that will provide better image and sound quality, there’s no substitute for a High-Speed HDMI Cable that’s been tested and certified by the manufacturers and the labs.

HDMI cables are used to connect a variety of devices, including home theater systems, cameras, and other electronic equipment.

They serve a variety of functions and may be used to link a variety of devices such as gaming consoles, computers, cellphones, and other electronic devices.

These cables, on the other hand, may sometimes be overly thick, resulting in their being unable to fit through the holes that have been pre-drilled for them. What’s the deal with them being so thick?

One further aspect that might have an impact on their thickness is the installation requirements of the cables themselves.

The following components, as a result, are those that contribute to the overall thickness of the cables:

Installation, resistance, protection, and other components are all covered.

HDMI cables contain four twisted pairs of wires, each with their own conductor that carry the signal through different paths to create the complete picture once the signals reach an end device.

These four data lanes can carry up to 5 GB per second, far faster than the average home internet connection, which can take a load off of your network.

As demand for higher resolution images and more advanced audio increases, the number of lanes will do the same to accommodate these demands.

HDMI cables are electronically marked by their manufacture with an “E-ARC” tag that signifies they are High Speed HDMI Cables with Ethernet.

However, these cables aren’t tested by the manufacturer themselves — rather, they are tested by an independent testing lab that has been authorized by the HDMI Licensing group.

The testing labs test for defects in manufacturing and performance of the cable’s ability to transmit signals over high speed.

Are thick HDMI cables preferable to other types of cables?

In most cases, when you see an HDMI cable, it seems to be the same as any other cable you may have seen.

This HDMI cable is capable of housing approximatelyb18 conductors inside it, each of which performs a distinct purpose depending on its configuration.

In addition, the wires are linked to an HDMI connector to complete the circuit.

These wires are the ones that take up a lot of space in the HDMI cables; this is done in order to avoid short-circuiting. The following are the factors that influence HDMI cable thickness:

HDMI cables may be very thick due to the way they are installed in certain cases. This is due to the fact that there are certain HDMI cables that are specially built for a specific installation.

Another reason for the thickness of HDMI cables is the resistance they encounter. Resistance is a factor that affects any cable, including HDMI cables, in general.

If you have an HDMI cable that is too lengthy, it is possible that the core is too thick. This is due to the fact that such thick cores are very effective in reducing resistance.

Thinner When compared to bulkier HDMI cables, thinner HDMI cables are a bit more brittle. As a consequence, single manufacturers will build their HDMI cables to be very thick in order to ensure that they have a long service life.

Is HDMI Cable a Good Investment? Does the thickness really matter??

The answer to this question might be both yes and no depending on how many elements are taken into consideration.

A thicker HDMI cable may make a difference in quality only when used over long distances, and not when used at small distances.

This is owing to the fact that lengthy cables travel a long distance and as a consequence, their signal is more likely to be distorted due to resistance; consequently, the thickness of the cable may assist to reduce resistance.

Short cables, on the other hand, are not required to do so since they only transfer signals across a distance of a shirt and the likelihood of losing signal strength is quite low.

The reason why HDMI cables are so thick is a question that the majority of people ask these days. As explained in this post, there are several reasons for this.

When it comes to the resistance of the cables, the thickness is an important factor to consider when measuring it.

Since of this, while purchasing a lengthy HDMI cable, you may want to choose the thicker ones rather than the shorter ones because they perform a better job of reducing resistance when compared to the shorter ones.